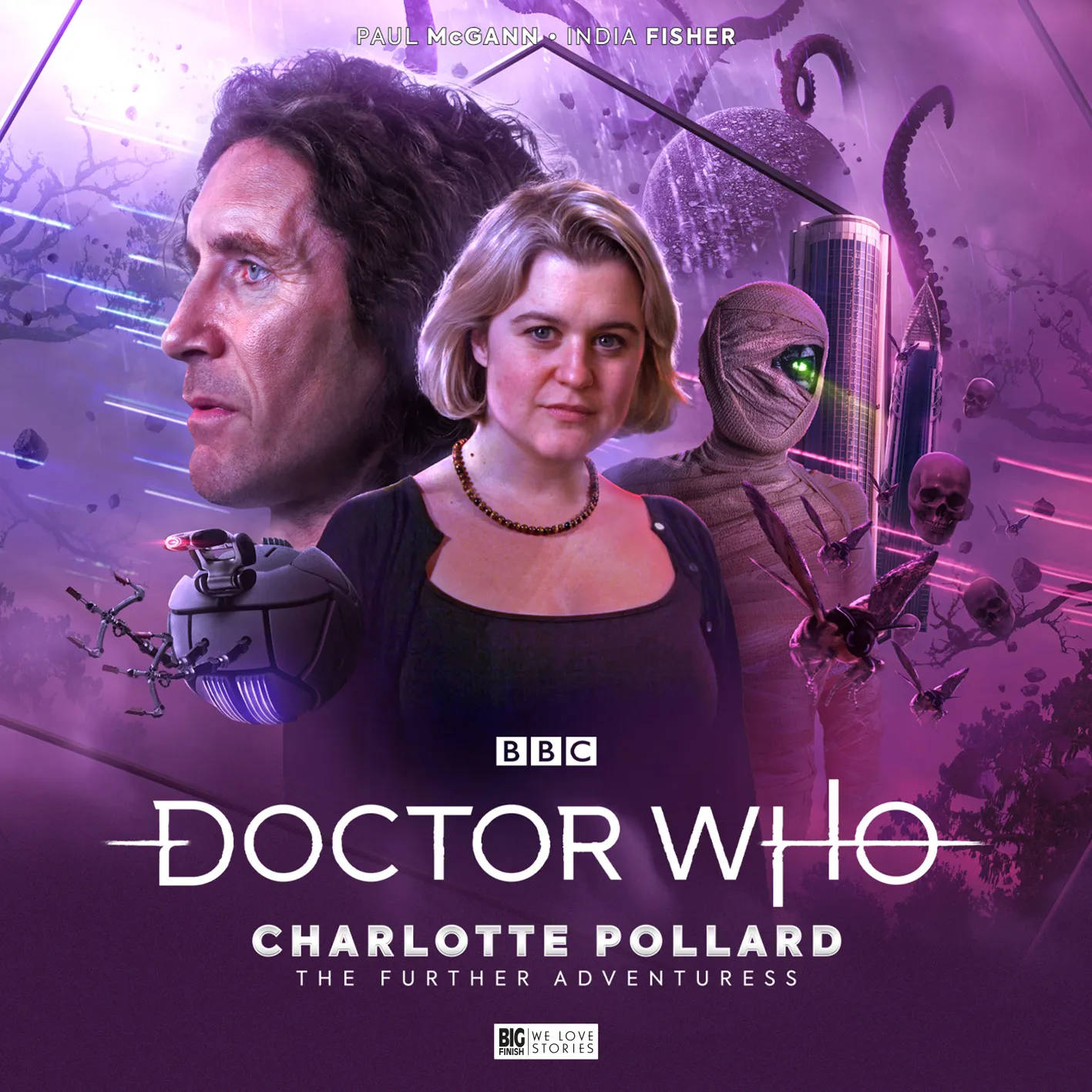 I play the role of Kedge Ampston in part 4 of this new series of adventures for the eighth Doctor’s companion.

You can pre order you copy from Big Finish here.

1. The Mummy Speaks! by Alan Barnes

The Carnaval de Paris, 1841. Amid the sideshow tents, the Doctor and Charley discover something truly novel: an Ancient Egyptian mummy that speaks – despite being dead for more than 4,000 years!

But what the mummy has to say translates into terror for the TARDIS twosome… and proclaims doom for the entire world.

The collective noun for a swarm of moths is an eclipse. And when the chittering, nightmarish Hellstrung descend from the forest canopy of planet Pteron, they threaten to snuff out the lives of the human settlers below.

Wanting to know what’s stirred up the Hellstrung, the Doctor and Charley venture deep into the woods as darkness falls.

3. The Slaying of the Writhing Mass by Eddie Robson

The Doctor and Charley become trapped in a temporal traffic jam, caused by time tourists come to witness the pivotal event in the history of the planet Ileiko: the Slaying of the Writhing Mass, the alien entity that enslaved the Ileikans in their infancy.

The legendary hero Salan killed the Mass with a single stone, setting the Ileikans free. But what was the Mass, exactly? And what if the legend was wrong?

4. Heart of Orion by Nicholas Briggs

The TARDIS intercepts a strange signal, returning the Doctor and Charley to the Garazone System – where once they had a terrifying encounter with the Cybermen, and foiled a bid to change the course of a terrible android-human war.

Now, people are going missing from all over Garazone Central. The Orion War is far from over, and the Doctor and Charley have landed at the heart of it, again!